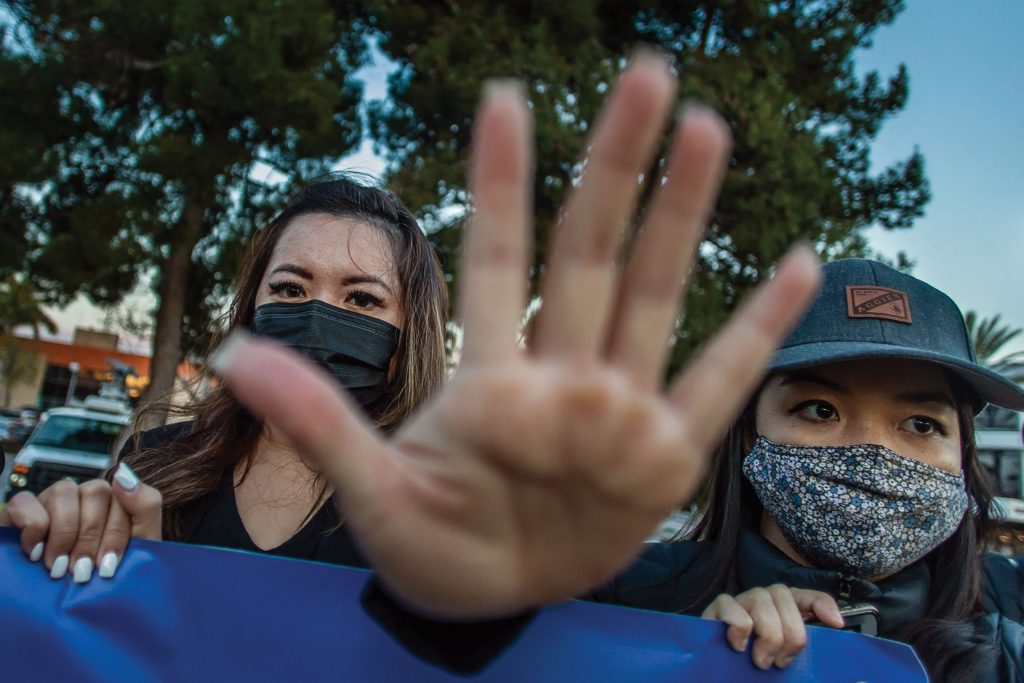 On Tuesday, March 16, while eating out with a friend, I received a text: “Just holding you close in my heart tonight.” It was from a Taiwanese American friend and New York State Assembly member, Yuh-Line Niou. I thought she was referring to an alarming uptick in anti-Asian crimes in recent days, and I wanted to tell her how strange I’d felt, hours earlier, when I’d requested that my friend drive from the southern tip of Manhattan, where he lived, all the way up to Harlem to meet me for dinner. I’d texted him apologetically, explaining that I no longer felt safe traveling alone after dark. “The anti-Asian hate is real,” I wrote. My friend was gracious and accommodating, but in texting those words I’d felt anxious: Was I surrendering to an ill-founded paranoia? I knew Yuh-Line would understand how I was feeling. What I would not know for hours was that her loving text was a response to the deadliest crime against Asians in the U.S. in recent memory: a killing spree in Atlanta, carried out by 21-year-old gunman Robert Aaron Long, that took the lives of eight people, six of whom were women of Asian descent.

Anti-Asian hate incidents have historically been underreported, but they appear to be on the rise in the U.S. Since last March, Stop AAPI Hate, a nonprofit that tracks discrimination against Asian Americans and Pacific Islanders, has received nearly 3,800 reports of incidents ranging from verbal harassment to physical assault. In a survey of several police departments, the Center for the Study of Hate and Extremism, at California State University, San Bernardino, tallied 122 anti-Asian hate crimes across 16 American cities in 2020, up from 49 in 2019. To live through this period as an Asian American is to feel defenseless against a virus as well as a virulent strain of scapegoating. It is to feel trapped in an American tragedy while being denied the legitimacy of being an American.

One day last July, when I was walking home from the grocery store, a man accosted me. I couldn’t hear him—I had headphones on—but his voice grew louder until I was forced to turn in his direction. For a second, I thought he was flagging me down to ask for directions. Then he made a gesture with his hands in front of his chest and grinned, licking his lips. The only thing I heard him say—he raised his voice, to make sure I heard—was “chin chong kung flu!” At this, I raised my phone to take a photo of the man, and he posed for it, the self-satisfied grin never leaving his face.

I initially thought I’d snapped the picture to document the harassment as something real. Now I can’t help but think that I was also determined to capture the split second in which sexual interest transmutes into racist scorn. Misogyny and racism have never lived neatly in their separate categories, and the bodies of Asian women have long been objectified and abhorred, fetishized and exoticized. Asian women have been hypersexualized and then demonized for their projected hypersexuality.

A former roommate of the Atlanta shooter, Tyler Bayless, has described Long’s deep religious faith as well as his inability to control his sexual desires. “I’ll never forget him looking at me and saying, ‘I’m falling out of God’s grace,’” Bayless told The New York Times, adding that guilt and shame seemed to consume his roommate.

It is an unbearable irony how acquainted I am with the feeling of shame. Every time I am called a “chink” or hear a part of my body appraised by a stranger, I feel a familiar heat rising within me. The women Long killed may have been familiar with shame, too. One of his victims, Hyun Jung Grant, was a single parent who for years told her son that she worked at a “makeup parlor.” Grant might even have sympathized with Long, who is two years younger than her son. What’s shameful is that Long could not bring himself to show any sympathy for her.

Adapted from “The Atlanta Shooting and the Dehumanizing of Asian Women,” March 19, 2021. Jiayang Fan, The New Yorker © Condé Nast.