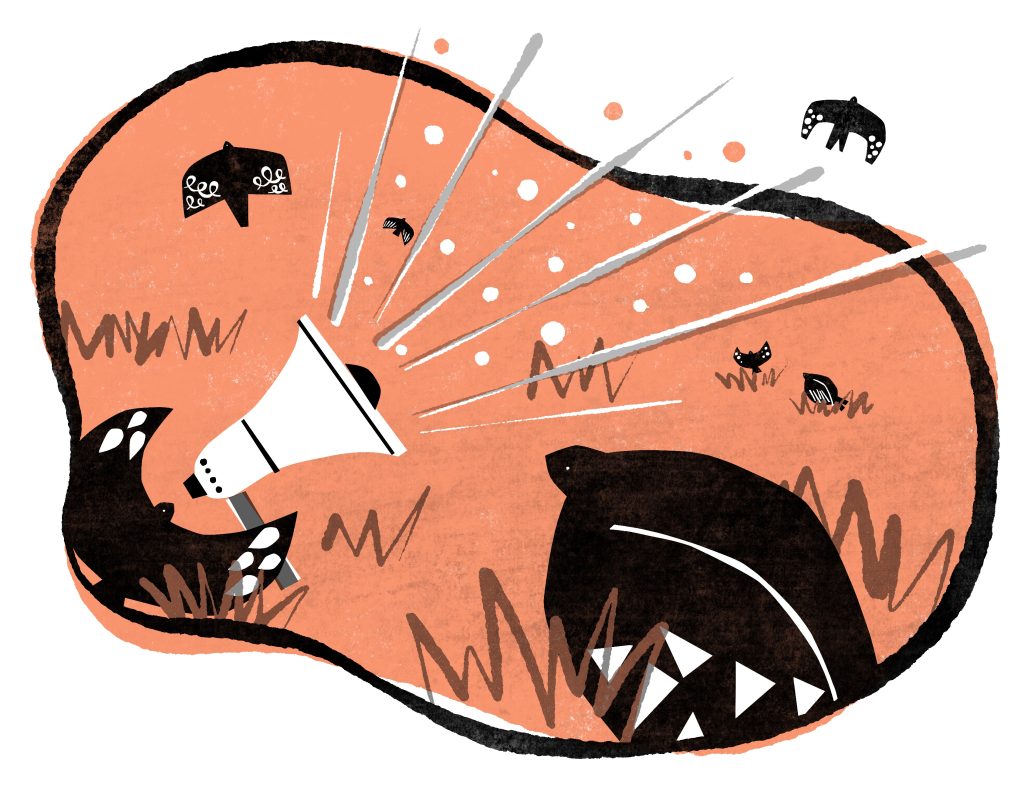 A biologist and a mathematician show that the songs of the Savannah sparrow are improving over time.

Since the early 1980s, on a small island off the coast of New Brunswick, Canada, researchers including biology professor Heather Williams have captured audio recordings of Savannah sparrows crooning away. The eclectic playlist has become the basis of her new study showing that the birds’ songs are only getting better over time.

The study, co-authored with students and math professor Julie Blackwood, was published in the July issue of Nature Communications and shows evidence of what’s known as “cumulative cultural evolution.” These incremental improvements in learned behavior among the sparrow, ubiquitous among humans, are rarely observed in the wild.

As is the case for many songbirds, only the male Savannah sparrow sings. They reach out vocally to attract a female mate, adapting parts of their songs to compete with other males and better communicate their desirability. Working on Kent Island in the Bay of Fundy, Williams and her team recorded the songs of male birds tagged by colored leg bands and tracked the number of offspring for each bird.

The songbirds’ reactions to recordings of their songs “implied that something sophisticated is going on.”

She found that some parts of the birdsong changed over time from clusters of high notes to series of short clicks, which attracted more females and led to more offspring. Moreover, when she played recordings altered to include more clicks on an outdoor speaker in the sparrows’ grassy habitat, Williams observed that male birds attacked the speaker. Yet the female sparrows showed curiosity, standing upright and hopping toward it.

The birds’ reactions “implied that something sophisticated is going on,” she says. “Baby birds are observing that seven-click songs are more exciting, so they are probably learning that it’s more important and more interesting to have more clicks.”

Williams suspected cultural evolution, but she needed a way to prove it.

At the suggestion of biology major Anna Ryba ’16 Williams reached out to Blackwood, whose work involves developing and analyzing mathematical models to better understand ecological processes. Blackwood has used these models to study insect management, disease ecology in humans and wildlife, and coral reef conservation. In this case, she applied her tools to the decades’ worth of data and field observations of the Savannah sparrow, testing out a series of Williams’ hypotheses.

The result: “We suggest that a combination of social learning, innovation and sexual selection favoring a specific discrete trait was followed by directional sexual selection that resulted in naturally occurring cumulative cultural evolution in the songs of this wild animal population,” the authors wrote. In short, the Savannah sparrow was actively improving its song.

Ryba and biology and math major Andrew Scharf ’18 joined the research team and were co-authors of the study. Now a Ph.D. student at the Rockefeller University in New York City, Ryba continues to study how evolution shapes animals’ senses and their interpretation of the world.

“Getting to be the person in the room to bridge two disciplines gave me lasting confidence in my own thought process and communications skills,” she says of the experience. “Working with such brilliant and creative people fundamentally shaped how I think scientifically.”

While the clicks and songs of birds may seem rudimentary, Williams says the Savannah sparrow offers a powerful example that cumulative cultural evolution is not restricted to human civilizations or experimental studies of managed animal populations. It’s happening in the wild, too.

Pointing to both the humpback whale and the white-throated sparrow, she and her co-authors write, “It will be interesting to follow this Savannah sparrow population, both to study further steps in the cultural evolution of song and because our data suggest interesting parallels to other examples of culturally evolving vocalizations.”

See and listen to the Savannah sparrow at bit.ly/savannah-sparrows.