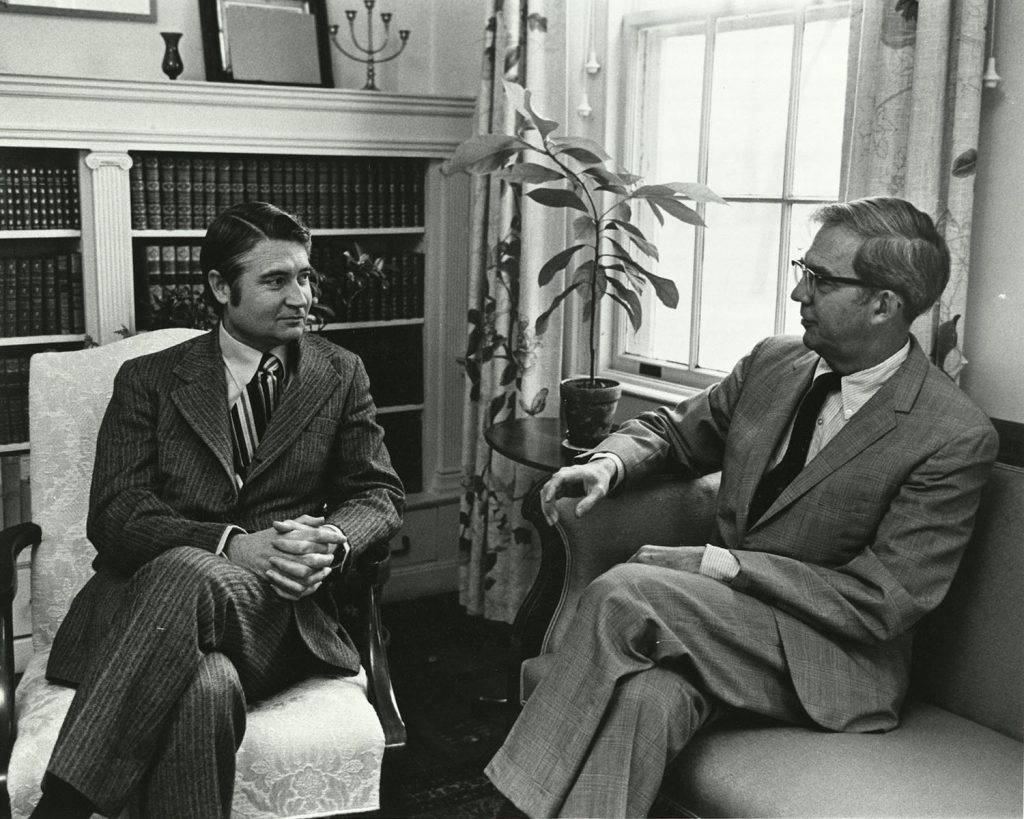 More than 100 family members, friends and colleagues of the late John Wesley Chandler, Williams’ 12th president, gathered in Thompson Memorial Chapel on Oct. 8 to celebrate his life and share memories and stories. Chandler, who was president from 1973 to 1985, died on Aug. 5 at the age of 98.

In her opening remarks at the gathering, President Maud S. Mandel said of Chandler: “Here at Williams in the wake of Jack Sawyer, the success of coeducation and curricular change—and Williams overall—depended on the qualities of innumerable daily decisions. Today we can testify to the skill, wisdom and compassion with which John led the college through that work.”

Chandler was passionate about education and leadership. He taught religion at Williams from 1955 until 1968, when he left to become president of Hamilton College. As a Williams professor (later the Cluett Professor of Religion) and department chair, he established the college’s major in religion. He also served as acting provost, the first dean of the faculty and, later, as a trustee.

Chandler lectured around the world on a Fulbright scholarship and wrote books including The Rise and Fall of Fraternities at Williams College (2014) and On Effective Leadership (2013).

In addition to Chandler, the college said farewell to Robert F. Dalzell Jr., the Frederick Rudolph ’42 Class of 1965 Professor of American Culture, emeritus, who died on June 23; Colleen Little, special assistant to the VP for the Office of College Relations and director of principal giving strategy, May 11; C. Ballard Pierce, professor of physics, emeritus, June 18; Michael Reed ’75, former Williams trustee and VP for strategic planning and institutional diversity, Aug. 1; and William Wagner, the Brown Professor of History, emeritus, and former interim president and dean of the faculty, Sept. 12.

Watch a recording of the memorial for John Chandler at bit.ly/chandler-memorial.