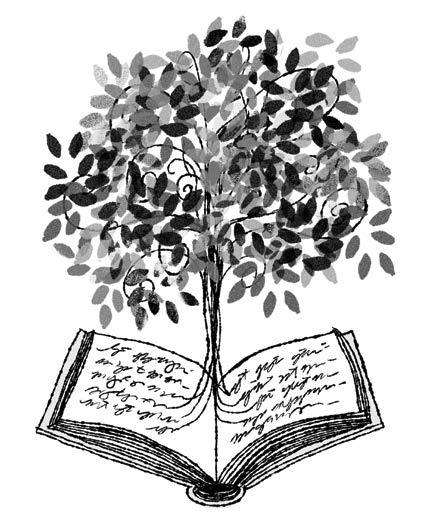 Honoring the legacies of influential scholars.

In the past nine months, the world said goodbye to several highly influential Black scholars: bell hooks, Charles Mills, Julius Sherrod Scott III and Greg Tate. According to Williams Professor of Africana Studies Neil Roberts, each “served as a mentor and guiding model for how to ethically and rigorously conduct scholarship that forever will be of value to Black intellectuals and the world writ large.” Roberts and others in the Williams community paid tribute to these scholars in publications and podcasts around the country. Excerpts of their tributes follow.

bell hooks:
Radical Love and Reckoning
The question of bell hooks’ legacy is urgent and rightfully demanding. We owe her the scholarly care reserved for men like Frederick Douglass and Frantz Fanon, as bell was equally profound and prolific. We hold her memory close with Toni Morrison, whose work she studied through her 1983 dissertation. hooks was an influential voice in the legendary scholarship of Saidiya Hartman, her former teacher’s assistant at Yale. She is part of a lineage of women who call on diverse genres of literature to access the inner life worlds of Black people. Her writing is a testament to the passionate poetics of Black performance.

She was an educator and public intellectual who handwrote the first drafts of all her books. She crafted critical lectures in the fiery spirit of her maternal great-grandmother and (chosen) namesake Bell Sarah Hooks, born in 1893. She was the product of many Black Southern women whose sharecropping feminism shaped the voice that encircles us. We owe bell hooks for how she laid her body on the academic front line—how she nuanced questions about Black life that set us up for a more imaginable freedom.

One strategy to achieve this freedom, she believed, was radical love. bell hooks gave Black women a new way to understand the life of a mind as the starting point for activism and personal transformation. Thank you was never enough.

A central figure in Black feminist thought, she forced us to reckon with how patriarchy sometimes appears on the faces of our mothers. She helped bring new language to our critique of popular culture, to show how the legacy of slavery revealed itself through the American imagination.

Her conviction that “imperialist white supremacist capitalist patriarchy” is an active system that lives in us all means that imagined freedom is for all of us or none of us.

We owe her for the way we wrapped ourselves in her intellectual curiosity, which became a force field around the Black people she laid theoretical hands on. Hands that drew on leftist literature, Buddhist psychology, soulful arguments and sound interventions against racialized and gendered capitalism. We must offer our own contributions and bodies of work because bell hooks gave us a compass out of the shadows.

Charles Mills:
Understanding the Idea of Race
Charles Mills was an extremely important 20th- and 21st-century philosopher most well known for his book The Racial Contract. One of the long-standing interests of Mills is how do we understand the idea of race? And also, by extension, notions of racism? … Mills wants to suggest that if we are to understand race and racism, we actually have to go to the founding of modernity in the period of 1492 [when] Columbus and crew arrived in what we now call the Bahamas.

It’s at that point that notions of race and racial difference from Mills and [writer and cultural theorist] Sylvia Wynter and others really begin. And Mills became particularly interested in the social contract tradition—the idea that humans are born into some type of originary state.

Mills’ biggest legacy is having us think that traditions like the social contract tradition can be more than just thought experiments. [They] actually can be windows into thinking about the world in which we live and that we do have the possibility to change it.

Julius Sherrod Scott III:
Recentering the Haitian Revolution
[His original thesis, The Common Wind] is arguably the most read, sought-after and discussed English-language dissertation in the humanities and social sciences during the 20th century. Scott underscored the importance of the Haitian Revolution and its aftershocks when the “Age of Revolution” remained overwhelmingly reduced to only the American and French Revolutions in the historiography of the day. Scott highlighted the complex relationships among slavery, capitalism and freedom, whose effects resonate with us today.

Greg Tate:
Finding the Intellectual Center
[Greg Tate] arrived at Williams College my senior year, in 2015, as a visiting lecturer in Africana studies. My adviser, Professor James Manigault-Bryant, who took up the department-chair gig at the time, introduced us. … I’d read his work in The Village Voice and had seen his byline in a number of hiphop publications. It was clear he was in a completely different league, and possibly planet, than his colleagues. I didn’t know what to make of him at first. I appreciated the cool-uncle vibes of his flamboyant fabrics—in particular, a spectacular array of kaleidoscopic scarves and hats—but didn’t understand them as sartorial id. The man I met was kind and uninterested in the whole “sizing up” thing that many influential men do. He was a visiting professor and wasn’t anti-establishment to be quirky. This was just him.

Almost instantly, I found his pedagogy to be just as fluid as his writing, collapsing the institutional demand for in-class hierarchies and helping his students get into the funk of this here Black life. Sitting with us at eye level, Tate didn’t feel so much like an instructor as another student who might learn as much from us as we, him. He’d mix Socratic chop-up sessions with wide-ranging ambles on the making and remaking of Black Harlem; Ron Isley’s rhythm and woozy tutelage—and lowballing—of Jimi Hendrix; or the Pan-Africanist lineages of Black “American”-made crystal in Amiri Baraka’s Blues People. He introduced us to the work of his friend and co-conspirator Arthur Jafa through his 2013 documentary Dreams Are Colder Than Death, in which radical thinkers like Kathleen Cleaver and Saidiya Hartman excavate the machinations of global racial and sexual violence against Black people and consider how to actively resist it.

Tate’s guidance through the diaspora reignited my sense of curiosity. Prior to his teachings, I had a pretty good handle on Black culture through an American lens; I could make cross-cultural connections and engage with what I believed to be a Black radical politic at the time. But Tate was adamant about finding its intellectual center, about situating Black cultural production as not just an offshoot of Africa but as African property and invention.