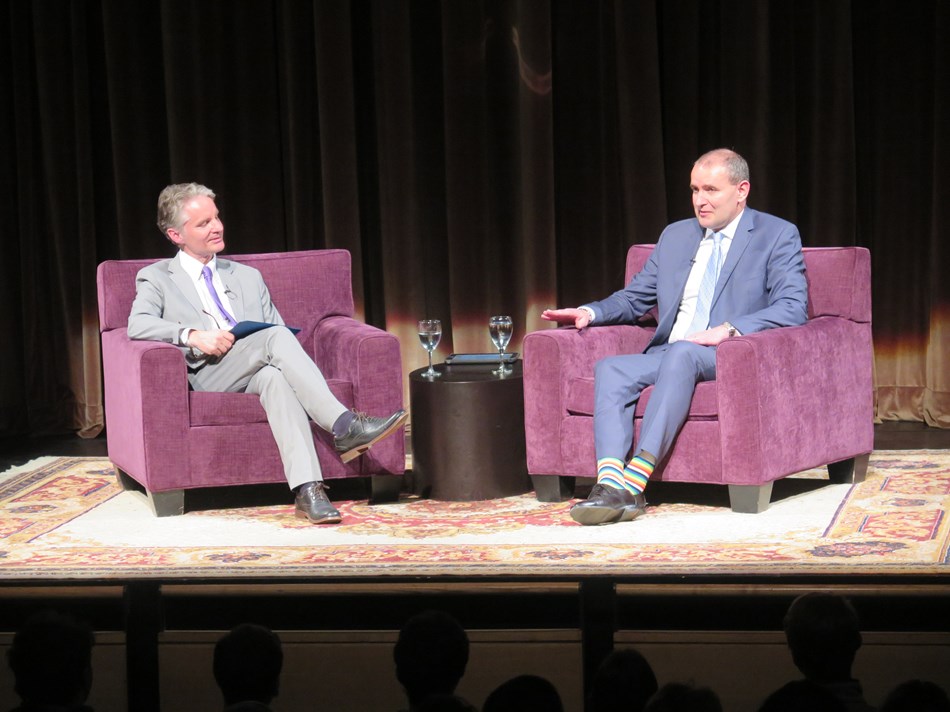 H.E. Dr. Guðni Th. Jóhannesson, President of Iceland, visited campus on Nov. 9 for a discussion with Magnús T. Bernhardðsson, the Brown Professor of History and global studies chair. His visit is believed to be only the second time a head of state has been hosted by the Williams College president.

The conversation, titled “Cool Iceland: The Fascinating Challenges and Opportunities of Being a Small State,” was held before a packed audience in the college’s ’62 Center for Theatre and Dance. Topics ranged from climate change to pineapple on pizza. Toward the latter part of the event, the Williams College Chamber Choir sang Icelandic songs in President Jóhannesson’s honor. (A video recording from the evening is provided below.)

Earlier in the day, President Jóhannesson took a guided tour of campus and met with students, faculty and staff. A historian who has lectured at the University of Iceland, Jóhannesson joined political science professor Justin Crowe ’03 and about a dozen students for a reception in Sawyer Library’s Chapin Gallery. The group mingled over freshly made Icelandic baked goods while Crowe spoke about America’s founding documents—original copies of which are on permanent display in the gallery—and how to think about them from a global perspective.