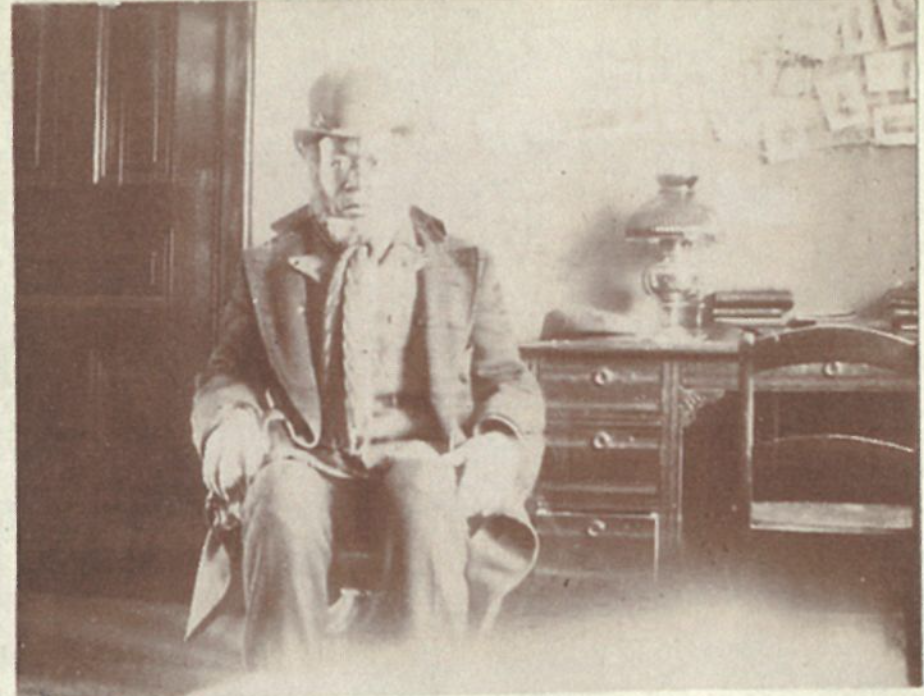 Last January, Asher Gladstone ’24 delved into the college’s Special Collections to research Abraham Parsons for the Winter Study course The Lives of Infamous Men. Parsons, a Black man living in Williamstown in the second half of the 19th century, was known throughout the region for smashing hard objects with his head.

“Students and townspeople would pay him, which was an absurd form of abuse,” says Gladstone, a history and political science major.

Gladstone wanted to know more about the man behind this bizarre legacy. He discovered that Parsons worked for the college as a janitor, repairman and landscaper. Gladstone hoped to learn more and applied for a Summer Research Fellowship with Special Collections. At the suggestion of archivist Sylvia Brown, he broadened his lens to include all non-faculty staff working at Williams between 1857 and 1902, a period when the college had standardized bookkeeping and before individual job titles and budget lines were combined into larger offices. His work offers insight into Williamstown residents whose contributions may have been lost to history but who, nevertheless, shaped the college.

Here, Gladstone discusses his research process, how Williams is a microcosm of broader economic trends and what he learned about telling the stories of others.

Why did you specifically focus on staff and not the administration or faculty?

I knew of two histories written about Williams: A History of Williams College by Leverett Wilson Spring, published in 1917, and Mark Hopkins and the Log by Frederick Rudolph (Class of 1942), published in 1956. Both are traditional histories and talk about the presidents and the administration, the brilliant minds of the professors and the convictions of Williams students.

In both books, there are just two pages dedicated to staff, and they only give three or four examples of people who worked at the college at the end of the 19th century. I felt they were treated as set dressing for the beautiful scene of purple mountain majesties. Abraham Parsons is mentioned in both of them as a fantastical story about one of the quirky characters you’d find in Williamstown. I felt like there hadn’t really been any work done to figure out what it was like to work at the college in a way that didn’t reduce them to absurd folk legends.

What can you learn about the employee experience from these archival ledgers?

It is interesting to see how narratives come to life just by getting acquainted with the numbers and patterns about the people being employed. I could see construction projects begin and end, changes in the way ledgers were kept across time and how Williams College became an economic institution in the local area. I found stories about the founding of the first college infirmary in 1893 from old reports and correspondence between members of the infirmary committee. I also found information about student workers from letters from incoming freshmen, written to the treasurer, asking if there were any positions at the college.

I also found out that a lot of Irish immigrants worked at Williams College during this period, and that it was fairly common for employment to be a family affair. In particular, I found this family, the Mahannas, who were all Irish immigrants or first-generation Americans. The parents, Michael and Margaret, were janitors. Their son John started working at the college as a repairman when he was 15 years old. They had a younger son named Dan who was also a repairman, and their daughter Johanna worked as a servant in one of the earliest dining halls on campus.

How did your research expand your own understanding and interest in this time period?

I think Williams is a cool place to look at from an economic angle because, before 1850, Berkshire County is basically 100% agrarian with small, rural households doing self-sufficient farming. By the end of the century, Williamstown sees some industrialization with a few mills that employ townspeople and set up company-owned housing.

It was interesting to see that transformation at the college, too. The big change would be the number of people employed by the college and the ways they’re employed. In the beginning of the ledgers, employment seemed very sporadic and ad hoc. Some townspeople might come in and do janitorial work a handful of times a year. Then I saw more regular employment because the college was building more buildings and housing more students, so it needed more janitors, landscapers, carpenters and other workers. There weren’t organized departments like Dining Services yet, but you can clearly see the college moving toward a more standardized employment practice.

What was your biggest takeaway from your research?

It was made really clear to me—especially when you’re doing a history of people who have been less documented—just how dangerous it is to be a historian in the archive, going through sources and letting your imagination run wild. So much is left to your interpretation.

In addition, when looking at Williams, or any educational institution, the emphasis is usually on the college and how it educates people. But I think you lose a lot of the picture if you only look at the experiences of the students and professors. It’s worthwhile to look at Williams as a workplace, not only as a school. The college employs people like custodians, nurses, dining services—and they’re very much a part of Williams.

Featured photograph: Abraham Parsons, mythologized as “Abe the Bunter” because he “bunted” hard objects with his head, was a janitor, repairman and landscaper at Williams. Photograph taken in the dorm room of Edwin Riggins, Class of 1897, in College Hall, in 1896. Courtesy of Williams College Archives and Special Collections.