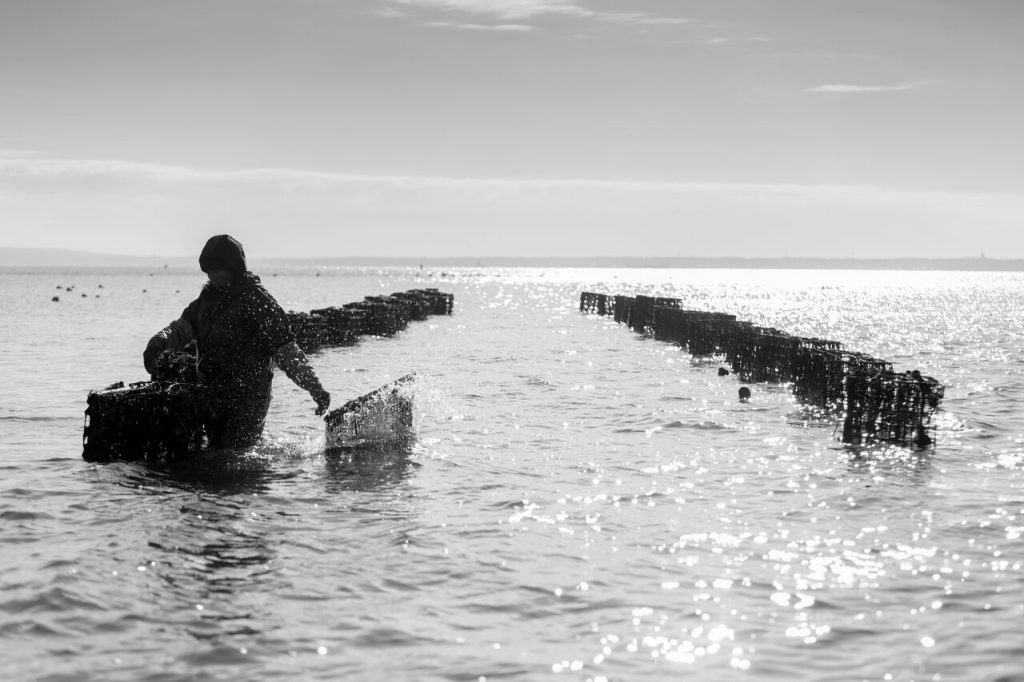 There’s a day every year, as the long New England winter comes to a close, when Chris Sherman ’07 can sense a change in the air. The water warms, and algae production resumes, creating a briny aroma. An easterly breeze carries the scent across the bay and into downtown Duxbury, Mass., where Sherman serves as president of Island Creek Oysters.

“You don’t get that with any other natural phenomena,” says Sherman. “We live in such close harmony and communion with the ocean.”

This visceral connection to the ocean has been an undercurrent throughout Sherman’s life, inspiring an interest in sailing and a decision to pursue a concentration in maritime studies at Williams College. He participated in the Williams-Mystic program—a collaboration between the college and the Mystic Seaport Museum—where he studied coastal environments through a variety of lenses, such as art, literature, history, science and public policy.

The call of the ocean also drew him to take a job as an oyster farmer for Island Creek Oysters two years after graduating from Williams.

Over time, Sherman’s role in the business evolved. He gradually transitioned off the water to focus on marketing and sales. He targeted high-end restaurants, hosting events where renowned chefs could sample the farm-raised oysters.

“We put the oysters in front of them, and they sell themselves,” he says. “They’re like wine or apples or any food that’s a strong expression of the terroir of the place where they’re from. The amazing tide swings in Duxbury, the salinity of the water, the natural environment around our farm drive the incredibly nuanced and complex flavor that Island Creek is known for.”

In 2013, Sherman took over the business as president. Island Creek Oysters has grown with him, expanding from four employees when he started to nearly 300 today. Their oysters grace the plates of Michelin-star restaurants like The French Laundry in Napa Valley and Per Se in New York City, as well as the raw bars in Island Creek’s own restaurant group.

But Sherman sees a value in oysters that goes far beyond upscale restaurants. He led the company to leverage its national reputation to launch a nonprofit arm, Island Creek Oysters Foundation. The foundation raises money to support sustainable oyster farms in Haiti and East Africa and to raise awareness about aquaculture as a solution to global food production issues.

The foundation’s work stems, in part, from an Eisenhower Fellowship Sherman received in 2018. The fellowship program supports mid-career leaders in a variety of fields as they create innovative solutions to global challenges. Sherman focused his attention on Spain and Colombia—two countries poised to capitalize on existing aquacultures—and developed an online tool for evaluating the efficacy of aquaculture projects.

While fish farming has a mixed reputation, Sherman says oysters are particularly suited for production. They and other shellfish have evolved to thrive in close quarters and don’t need space to move. They don’t need to be fed, instead subsisting on the algae in coastal estuaries. As a result, oyster farming needs few negative inputs, like pesticides and fertilizers, and leads to few harmful byproducts, like soil and water degradation. Sherman is passionate about educating more communities about the value of aquaculture and expanding access to the sustainable food source—a topic he is scheduled speak about at a Williams Log Lunch on Nov. 19.

“We’re growing one of the few commercially viable proteins that is actually good for the environment where it’s grown,” he says. “It’s highly efficiently grown. We, and other growers, can make a living and afford to live in these coastal communities where the farms need to be. The people who are eating it are getting a great supply of a relatively affordable, nutritious protein.

“We were so smitten with that and felt like we had to go share that with the world.” 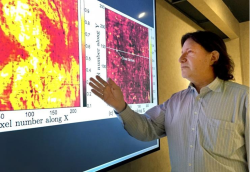 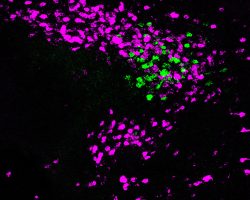 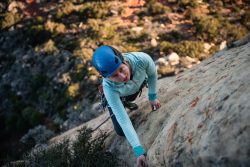 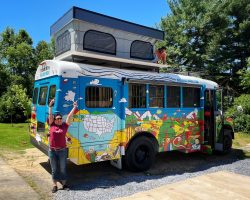