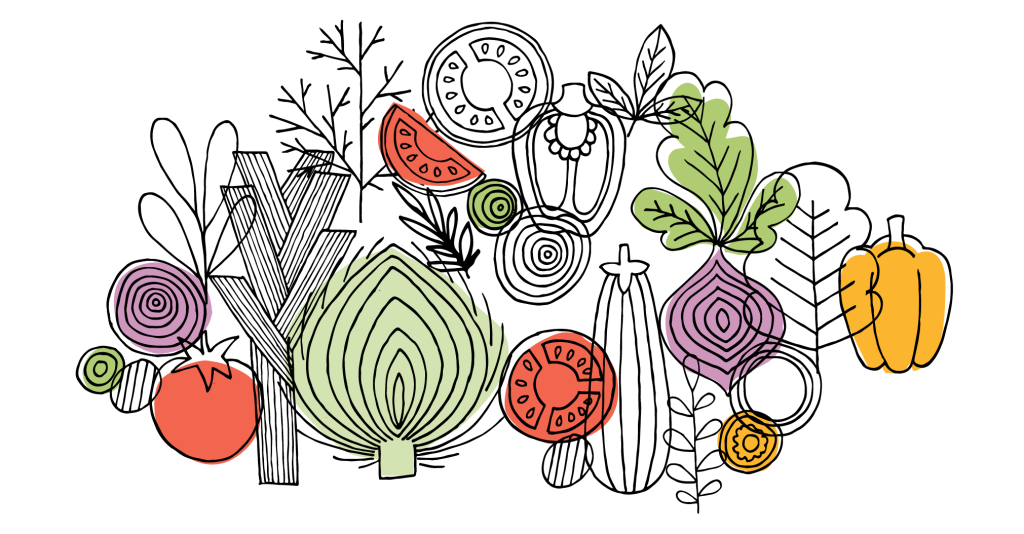 Williams is continuing to hone its approach to healthy meals while also keeping a close eye on the health of the planet.

For years Dining Services at Williams took part in Meatless Monday, a global campaign to boost plant-based foods in our diets. Each Monday, certain dining halls would offer only vegetarian and vegan options.

Yet “students didn’t participate,” says Director of Dining Temesgen Araya. “They went to another dining hall.”

During the fall semester, Dining Services began changing its approach, hosting Plant-Forward Mondays. The menu consists of build-your-own taco, ramen or pasta dishes. Each features dozens of vegetable toppings and plant-based proteins, with just one meat option. A similar concept is available on Tuesdays and Thursdays, with customizable grain bowls.

So far, about 400 people have been opting into the menu each day—nearly double the participation in Meatless Mondays, Araya says. “These new menu options give healthy, flavorful options that organically have less meat,” he adds.

The shift comes at a time when the college is looking closely at its greenhouse gas emissions—and the role food procurement and consumption play. Last year, Williams signed the Cool Food Pledge, “a growing movement to put sustainability on the menu,” according to the organization’s website. Members are committed to reducing emissions associated with the food they serve by 25% by 2030. Nearly 60 entities, including Aramark, the City of New York and the World Bank, had signed up as of mid-October, representing 3.5 billion meals served per year. Williams is one of eight participating colleges and universities.

Member organizations report their annual animal- and plant-based food purchase amounts, which constitute an estimated 80% to 90% of their food-related emissions. The World Resources Institute, a global research organization, analyzes the data to determine its climate impact and shares information about trends and comparisons.

Initial reports from Cool Food show that about half of Williams’ food-related emissions come from beef and lamb. The report also showed that when the campus closed due to Covid-19, emissions decreased by 27 percent, but beef and lamb held steady, leading to a higher percentage of meat and increased emissions per plate.

Cool Food also provides an online playbook for reducing emissions with recommendations for purchasing replacements, educational programs, and the placement of foods in the dining hall.

“The Cool Food Pledge talks about sustainable food and how to make it really delicious,” says Mike Evans, the college’s deputy director of the Zilkha Center for Environmental Initiatives. “It’s less about what’s being taken away and more about what’s being substituted in. It’s framing sustainability as a value-add rather than a negative.”

Student interns at Williams’ Zilkha Center for Environmental Initiatives are working closely with Dining Services staff to compile data for Cool Food—and learning a lot in the process.

“It’s staggeringly big,” says Zoe Kane ’24 of the amount of food Williams purchases each year. “ And that’s just for 2,000 people. I can’t imagine a bigger institution.”

Evans says students and staff will be able to see the impact of initiatives like Plant-Forward Mondays when they submit data to Cool Food next year.

“It’s not a standalone initiative,” he adds. “As an institution of higher learning, we’re looking at the pledge both operationally and as a way to help people learn and understand so they can apply it elsewhere, later in life.”

—Kim Catley is a writer based in Richmond, Va.

Student interns at the Zilkha Center for Environmental Initiatives are working closely with Dining Services staff to compile data for Cool Food. By submitting data each year, the college can get a better sense of how food purchases affect greenhouse gas emissions. Here's a sampling of what the college purchased in 2018, the first year analyzed by the World Resources Institute, and its corresponding greenhouse gas-related emissions (GHG).