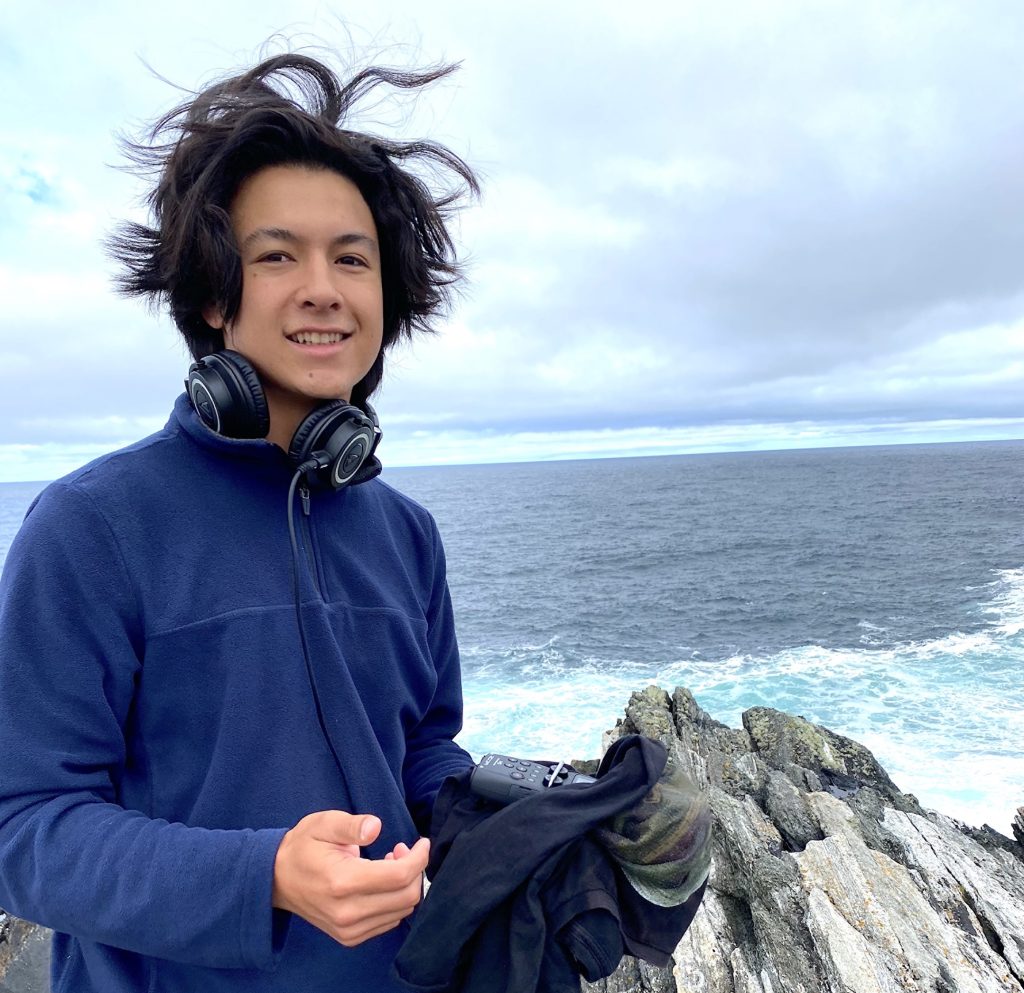 Nathan Liang ’24 has created a digital instrument called The Storm Orchestra—a library of virtual instruments based on field recordings from Ireland’s west coast. The instrument, which is available online, allows users to “play” a coastal storm based on the sampled sounds of waves crashing and boulders moving. People can also compose their own pieces, supplementing the sounds of nature with other instruments such as the bodhrán (an Irish frame drum), uilleann pipes and others.

Liang’s idea for The Storm Orchestra was inspired by a National Science Foundation grant-supported research trip to Ireland this summer. Led by geosciences professor Rónadh Cox, Liang and four other students spent several weeks making the recordings and assisting with other field data collection to learn how boulder beaches respond to storms and change over time.